If you’ve been in business for any length of time and are charging what you’re worth, you have undoubtedly experienced a potential client agreeing to work with you and then backing out a few days later.  I know I’ve experienced the gut-wrenching feeling of this– not to mention the hassle and costs associated with it after you’ve gone through all the work of getting your new client set up and ready to go.

This was something I experienced more than I would like to admit early on in my business, as well as for a short period each time I up-leveled my business 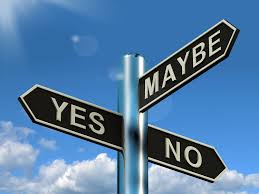 And once I started sponsoring and speaking at events, I went through a whole new “round” of it with people who excitedly signed up to work with me at the event, only to go back home to their “real life” and change their mind.

Is it possible to “re-sell” someone after they’ve attempted to back out?  Absolutely.  But I’ve found it’s much easier to prevent the situation up front than have to deal with it on the back end.  They get the help they need much sooner, and you avoid all the hassles and costs of having to revisit the conversation with them multiple times.

It took me a long time to figure out how to handle these situations, but I’m giving you the opportunity to learn from my experience.

There are three main reasons people change their mind after making a big investment in themselves.  And there’s a solution for each one.

Reason #1:   They bought based on YOUR inspiration and reasons.

Let’s face it, you’re passionate about what you have to offer or you wouldn’t even be in business.  And sometimes, the passion and excitement about what you do can be very contagious when you’re talking with a potential client.  Especially if you spend your time telling them about why they need whatever you’re selling and how great their life will be when they buy it.  It is tempting, especially when you are new to business, to talk about why YOU think they need and will benefit from what you’re offering, but this is a huge mistake.

Because as soon as they leave the conversation, your excitement and passion are no longer present.  And they are back in their life with their problems and goals.  And they start to question their decision.

Solution:  Spend your time with a potential client asking questions, NOT telling.  You’ve got to help them get clear on why they want what they want and what will happen if they don’t get it.  And offer them your service based on their desires.  Not yours.  Because their desire and reasons will still be there when they leave the conversation.  Yours won’t.

Reason #2:  They said yes because they were afraid to say no.

Most people hate saying no.  And they will do almost anything to avoid it.  It could even be an automatic response for them to say yes to everything and then deal with it later– often, in a more passive way that feels easier to them, like sending your assistant an email saying they changed their mind.

Solution:  Actually, I’ll offer multiple solutions to this one.  First of all, give them permission during the conversation to say no if they don’t want what you’re offering.  You can either do this figuratively, by being truly unattached to whether they say yes or no, or you can do it literally, by actually verbalizing this “permission.”

The second solution is to take a non-refundable deposit after their initial yes.  When they agree to the deposit, they are telling you (and themselves) that they are committed to moving forward.  And if they are just B.S.’ing themselves or you with their verbal “yes,” asking for a deposit will usually force them to get honest.

Reason #3:  All hell breaks loose in their life or business after they agree to invest in themselves by buying from you.   I can’t even tell you how common this is.  And it makes so much sense!  In many cases, the person who just bought from you had to walk through a terror barrier to do so.  And their subconscious is in total freak-out mode.   They are about to change their life, and this is a major threat the subconscious mind, whose job is to keep them where they are.  So it will kick up all kinds of chaos to try to get them to stop– a family crisis, a money crisis, illness, etc.

If they aren’t expecting that, it will become their excuse to back out.  And they will tell you it makes perfect sense to do so.

Solution:  Make this possibility part of the original sales conversation.  Let’s face it – their fear has stopped them in the past from solving their problem, or they probably would have already solved it prior to talking to you!  So it makes perfect sense to address this issue with them at the time of the sale.  Ask them what might come up AFTER the conversation to get them to stop.  And how you can best help them stand firm in the new decision they just made to work with you.

I have to confess – I avoided doing this for quite some time.  This approach tends to bring up YOUR stuff as the salesperson.  But as soon as I started adding this step, the number of people who wanted to back out decreased dramatically!

Will there always be a certain percentage of people who change their minds after investing in themselves?  Yes.  However, you can greatly reduce this percentage if you implement these solutions!

Ready to start rocking YOUR sales and reach your six-  or multiple six- figure business goal? Apply for a conversation with Debbie and see if she can help!

You have my permission to use this article. All I ask is that you include the following at the end:

Debbie Delgado’s mission is to help you transform your worry and frustration about your business into Money and Meaning! Ready to leave distraction behind and focus on what’s really important to you? Get started now! Don’t miss this chance to learn from Debbie absolutely FREE — Get FREE Access Now!

I just tripled my monthly income!!

I just tripled my monthly income!! After just one private coaching session with Debbie diving deeper and focusing on sales techniques, my very next appointment was wildly successful! I booked a new client with a full-price coaching package with ab...

August was the BIGGEST month in my business.

August was the BIGGEST month in my business. I hit a new rank!! I had 66.2% growth since July, 9 new distributors and 38 customers (I had been averaging 2-3 distributors and 20 customers) I launched a Stress less September 30 day series in our...